A unique storage technology that records data as digital holograms in DVD-sized discs holding terabytes of data. Although holographic storage research dates back to the 1960s, the first commercial product did not debut until 2010 (see Tapestry). Offering archival longevity, the technology appeared to have a future; however, SSD and hard disk capacities increased so dramatically that holographic storage never became popular.

Opening shutters to let light through, the "spatial light modulator" creates the on/off bits of the binary page. For example, a 1000x1000 matrix stores 1M bits. 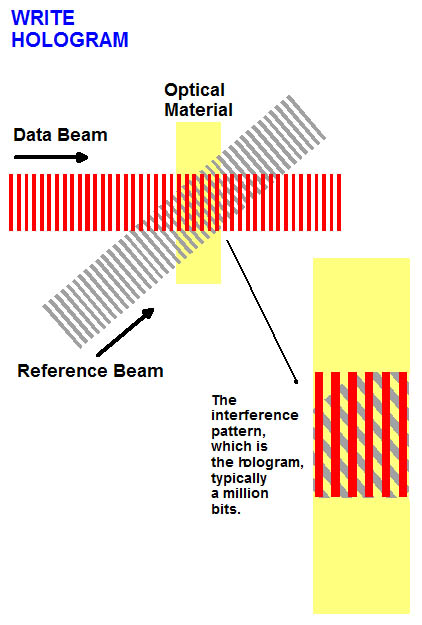 Both "reference" and "data" lasers intersect at the optical site to create a "hologram of bits." By changing the reference beam's angle or frequency, another hologram fills the same space as the previous. Although the Tapesty drive recorded 330 hologram pages, thousands of pages can be stored in the same 3D space. See Tapestry. 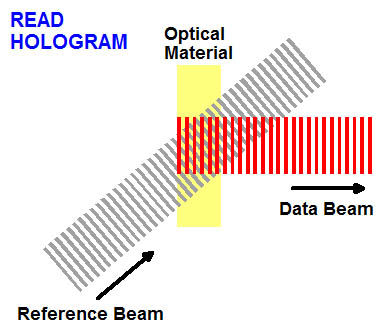 The light from the reference laser is diffracted into a copy of the binary data that is sensed by a matrix of CCD sensors. See micro-holographic, PRISM, HVD and optical disc. 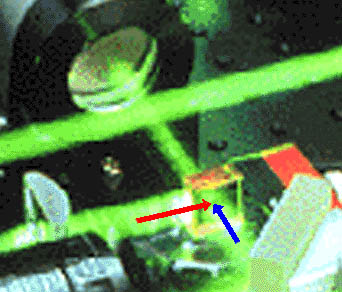 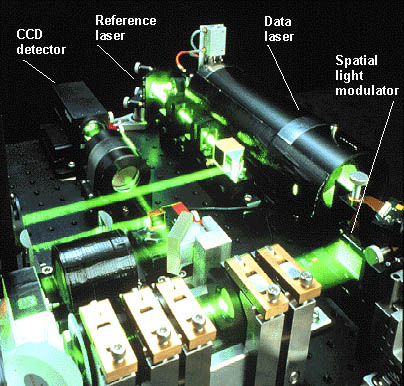 The reference laser (red arrow) intersects with the data laser (blue arrow) at the optical storage cube (top). The only commercial product stored holograms on a disc that rotated between "optical books" when required (see Tapestry). (Images courtesy of IBM Almaden Research Center.)