The Computer Language Company Inc. was founded in 1978 by husband-wife team Alan Freedman and Irma Morrison. When Freedman couldn't find a computer dictionary that would meaningfully augment the computer literacy classes he taught to Fortune 500 companies, he set out on a quest to purchase his first computer and write this "glaringly missing" reference. The year 1980 was explosive for personal computers, and buzzwords were everywhere. Self-published with 300-terms, The Computer Glossary was a huge success in hundreds of seminars. Within a few years, writing the dictionary became a full-time job, and eventually, 300 entries grew to more than 25,000 along with 6,000 images and 80,000 cross references. Along the way, we have been known by many names.

Although Freedman writes all the definitions, many outstanding professionals have provided technical assistance. Every major company in the industry has contributed and continues to do so. Channeled into print by one person, the Encyclopedia is a collaboration of the best minds in the field.

The company began in a New York loft near Penn Station. In 1985, Alan and Irma migrated to beautiful Bucks County Pennsylvania where they hand built the house they live and work in. They have four children and three grandchildren.

Our last floppy was in 1995... our last books were in 2001, and our last CD was 2009. We were happy to eliminate floppies and CDs, but after 20 years of creating books, we can't help but feel a bit sad, because nothing is as readable as print. However, the cost of paper and the rapid changes in this field make it impossible to keep up-to-date in print. In addition, the many translations into Spanish, Portuguese, French, Hebrew and Korean took even more time. Following are our last editions in English: 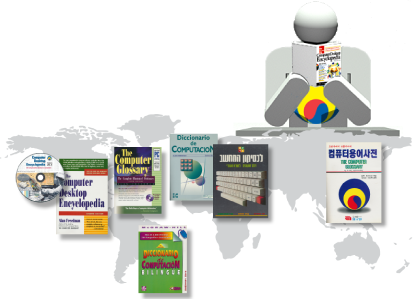 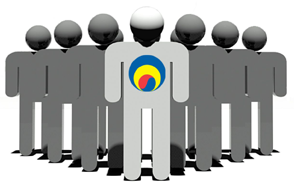 Although channeled into print by one person, the Encyclopedia is a collaboration of the best professionals in the field. 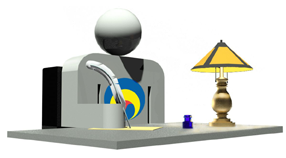 A message from the author