(2) An early storage medium made of thin cardboard stock that held data as patterns of punched holes. Also called "punched" cards, each of the 80 or 96 columns held one character. The holes were punched by an operator at a keypunch machine or by an attached card punch peripheral. The cards were fed into the computer by a card reader.

From 1890 Until the 1970s
Punch cards were synonymous with data processing for 80 years. Concepts were simple: the database was the file cabinet; a record was a card, and processing was performed on separate machines called "sorters," "collators," "reproducers," "calculators" and "accounting machines." After the 1950s, business transactions were punched into cards and fed to a computer to update the electronic files, first on tape and then on disk.

Gone But Not Forgotten
Today, the punch card is obsolete; however, some voting systems used the punch-card method until 2014. The presidential election of 2000 brought punch cards into infamy and made the U.S. the brunt of jokes worldwide for using such an antiquated error-prone system. The solution in many states was to migrate to electronic voting machines, which were developed without audit trails that prevented ballots from being recounted in close elections. So much for progress! See e-voting, sorter, tabulator, accounting machine, plugboard and Hollerith machine.

Stemming from Hollerith's punch card tabulating system in 1890, punch cards "were" synonymous with data processing for more than 70 years. IBM and Sperry Rand were the two major providers of equipment. This 80-column IBM card shows a typical customer master record. 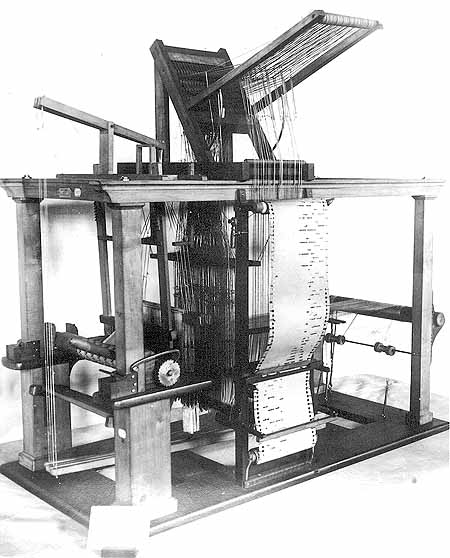 In operation decades before, the Jacquard loom was inspiration for Hollerith's machines. See Jacquard loom. (Image courtesy of The Computer History Museum, www.computerhistory.org)