A board containing a matrix of sockets used to program a machine. Plugboards were widely used to program punch card machines and early computers and were the predecessor to software programming. For example, each wire in the board directs a column of data from the punch card to a destination which could be a print column, a blank column in a card to be punched or to an accumulator for making calculations. A wire could also function as a switch by closing a circuit. See punch card and accounting machine.

This plugboard directed a card reproducer to read the cards in one hopper and punch holes in blank cards in another hopper. Fields could be rearranged, and minor calculations could be performed. (Image courtesy of The Computer History Museum, www.computerhistory.org) 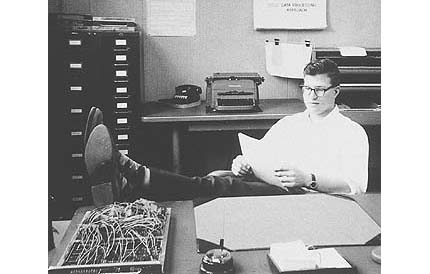 In 1962, Alan Freedman was a Tabulating Technician; a fancy title for a punch card programmer. The photo looks like his private office at the Pennsylvania Sales Tax Bureau; however, he was really at one end of a 40-foot room. 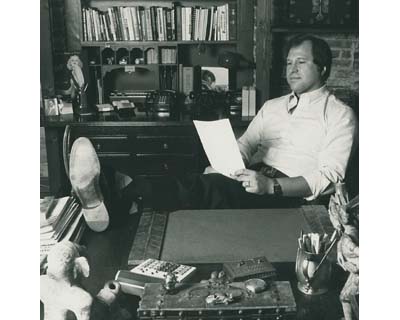 Twenty years later, Freedman finally did have his own office just two blocks from Penn Station in New York.