(1) (Web OS) Any operating system designed for Web use only is a Web OS. See Chrome OS.

(2) An open source Linux-based operating system for TVs and appliances from LG. Developed by Palm and introduced on the Palm Pre in 2009, webOS features touchscreen operation and support for Web technologies such as JavaScript, CSS and HTML5. 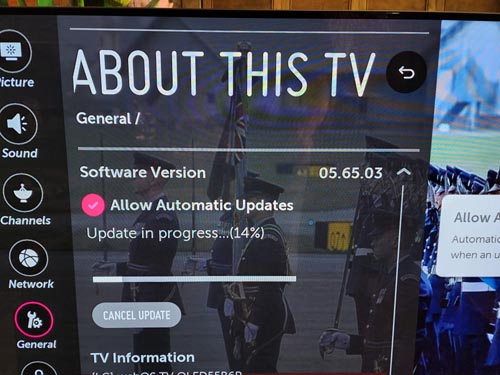 This is the latest version of webOS being downloaded to an LG OLED TV in 2022. LG smart refrigerators also use webOS. See smart TV and OLED.