(PREAMPlifier) Meaning "before the amp," the preamp is the primary control unit in a stereo or home theater system. It switches low-level signals from audio and video sources to the audio amplifiers, which boost the preamp output sufficiently to drive the speakers. The preamp always includes the volume control.

A/V Preamps - The "Pre/Pro"
A preamp used for home theaters supports multiple audio channels and the many surround sound processing technologies used in movies. Also called a "pre/pro" (preamp/processor) because of all the audio processing, the preamp switches between both audio and video sources such as a CD player, cable box and Blu-ray player, sending the audio to the speakers and the video to the TV. See D/A preamp and surround sound.

This high-end LUMIN P1 is a stereo preamp that supports all digital audio inputs (see S/PDIF). Connected to an amplifier, the P1 is also a music streamer and control center for a stereo home theater (only left and right speakers). There is no phono equalization. (Image courtesy of Pixel Magic Systems, Ltd.) 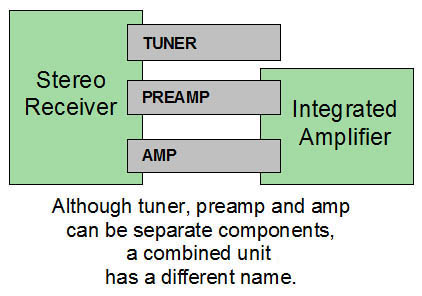