(2) In 2009, Bitcoin was launched as a "peer-to-peer electronic cash system" by a person with the alias Satoshi Nakamoto. The first cryptocurrency, Bitcoin spawned a revolution in finance (see Web 3.0). Although merchants increasingly accept Bitcoins as payment, many people buy and hold for speculation because the current price per coin is based on market demand (see hodling). Since its inception, the value of a single coin has skyrocketed, and thousands of other cryptocurrencies have been created. For a complete list, visit www.CoinmarketCap.com or www.CryptoCompare.com. See crypto craze and Bitcoin pizza.

Three Distinct Features
Three things set Bitcoin apart from money such as the dollar or Euro. The first is its decentralized architecture, which means there is no middleman such as a bank or government agency.

Secondly, the reason Bitcoin is called a cryptocurrency is because it uses cryptography to hide the actual identity of both parties. The transaction itself is public; for example, on June 1, 2019, Bitcoin address A sent 2.5 Bitcoins to Bitcoin address B. The parties are considered pseudonymous rather than truly anonymous because, although their names are not public, their Bitcoin addresses are (see Bitcoin address).

Bitcoin's blockchain architecture also uses cryptography to tie all transactions together in such a way that if any were to be altered it would be immediately known. Thousands of volunteers are constantly validating the integrity of the chain. Once a Bitcoin transaction has been confirmed, it cannot be altered and is considered irrefutable. See blockchain and cryptographic hash function.

Lastly, there is a maximum number of Bitcoins that come into existence every year, and as of 2021, there are approximately 18 million. In the year 2140, coin creation ceases. After that, there will never be more than 21 million Bitcoins in the world, and people believe this makes Bitcoin inflation proof. Bitcoin is also called "digital gold," because gold is often said to be a hedge against inflation. See Bitcoin mining and public key cryptography.

Underground and Above Board
Although used for clandestine transactions because of its pseudonymity (ransomware now demands payment in Bitcoin), more than 2,000 legitimate businesses in the U.S. and 15,000 worldwide accept Bitcoin. In 2021, Tesla added Bitcoin to its online order form but removed it soon after claiming the crypto uses too much of the world's electricity (see Bitcoin mining). See ransomware and Dark Web.

Anyone Can Buy, Transfer and Sell Bitcoins
Users access their coins from a digital wallet in their own device or employ the services of a cryptocurrency exchange. Once an account is established, coins are bought with national currencies, and a fee is paid for every Bitcoin transaction. See Bitcoin wallet, Bitcoin exchange and Bitcoin ATM.

Extremely Volatile
Like a share of stock, the value of a Bitcoin fluctuates on the crypto exchanges with huge volatility. However, even with the gigantic dip in 2018, a single coin rose from virtually nothing to more than $60,000 in 10 years, creating a market cap of more than $1 trillion. It since dropped into the $40-50,000 range. See Bitcoin pizza.

Bitcoin Split
In 2017, Bitcoin split into three versions, and the original Bitcoin was enhanced for performance (see Bitcoin Cash, Bitcoin Gold and SegWit).

Bitcoins Are Mined!
The unusual thing about Bitcoins is the way they come into existence. Bitcoin "miners" compete with each other to update the blockchain with new transactions, and they are rewarded with Bitcoins created "out of the blue" for their own account. See Bitcoin mining.

Traction - Then Hacking
In late 2010, Bitcoin was becoming popular in the open source and underground communities. By mid-2011, there was an attack on the Japan-based Mt. Gox exchange, and a hacker extracted coins worth nearly $450M. See Mt. Gox.

Who Is Satoshi Nakamoto?
Nakamoto's true identity has never been disclosed. However, no matter who Satoshi Nakamoto is, in order to commemorate the developer, the smallest fraction of a Bitcoin is called a "Satoshi." See Satoshi and Satoshi Nakamoto.

Government Printing vs. Bitcoin Generation
When people argue that Bitcoins are no less valid than the U.S. dollar, there is a distinction to note. Bitcoins have nothing to back them up but the faith of the people using them. Although the same might be said of U.S. currency, the United States has the IRS and other federal agencies to ensure that people pay taxes. Nevertheless, proponents claim that Bitcoin and other blockchain-based platforms are revolutionizing all kinds of transactions worldwide. For more information, visit www.Bitcoin.org, www.Bitcoincharts.com, www.blockchain.info and http://en.Bitcoin.it. See BIP, Bitcoin transaction, Bitcoin vs. Ethereum, stablecoin, Silk Road and crypto glossary.

Perhaps nobody can describe Bitcoin better than its inventor. The following abstract appeared online on October 31, 2008, shortly before Bitcoin was launched.

Bitcoin: A Peer-to-Peer Electronic Cash System
"A purely peer-to-peer version of electronic cash would allow online payments to be sent from one party to another without going through a financial institution. Digital signatures provide part of the solution, but the main benefits are lost if a trusted third party is still required to prevent double-spending. We propose a solution to the double-spending problem using a peer-to-peer network. The network timestamps transactions by hashing them into an ongoing chain of hash-based proof-of-work. The longest chain not only serves as proof of the sequence of events witnessed, but proof that it came from the largest pool of CPU power. As long as a majority of CPU power is controlled by nodes that are not cooperating to attack the network, they'll generate the longest chain and outpace attackers. The network itself requires minimal structure. Messages are broadcast on a best effort basis, and nodes can leave and rejoin the network at will, accepting the longest proof-of-work chain as proof of what happened while they were gone." See double spending. 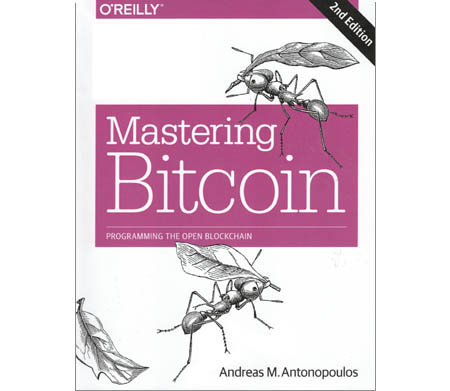 Books by Andreas Antonopoulos are incredibly thorough, and this one is no exception. If you want to know the ins and outs of Bitcoin, this is must reading. 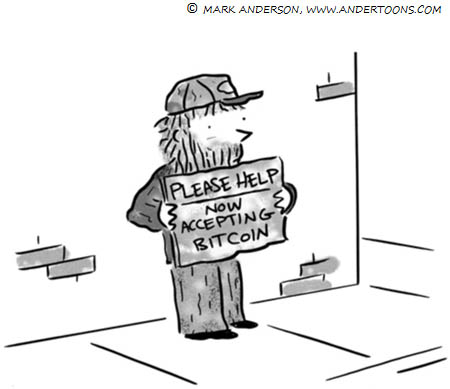