Making custom modifications to hardware or software. The term may refer to creating a unique artistic case for a PC, increasing its speed by overclocking the CPU or adding a more powerful cooling system. It may also refer to revising software in some unusual manner, typically dealing with open source software. See overclock and mod. 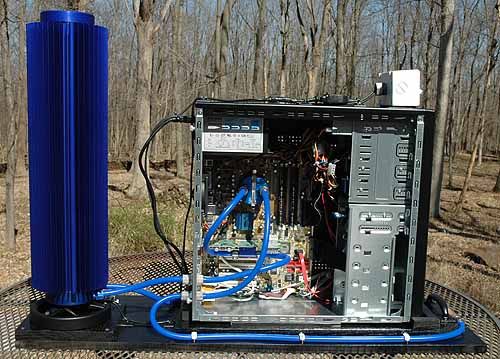 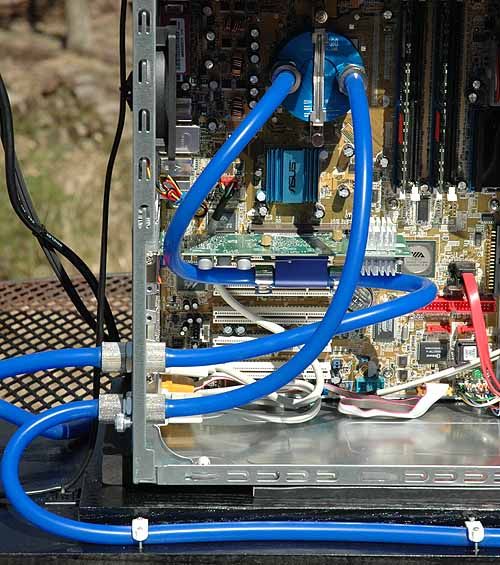 After 45 years in the business, in 2004, Alan Freedman, creator of this encyclopedia, finally became a modder, although a mild one. He used a Zalman water cooling system to remove the heat from his computer not to overclock the CPU and run at high temperatures but to use a slower, and thus quieter, fan. See CPU cooler. 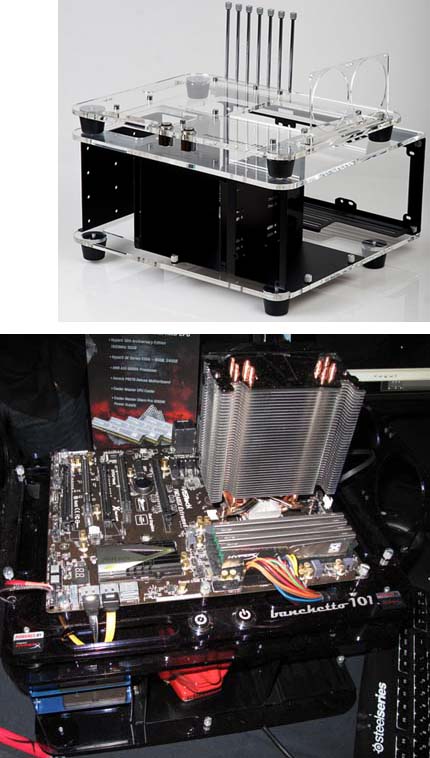 The Banchetto 101 PC case (top) may look strange, but it looks even more odd when fitted out with a motherboard, CPU, memory and drives (bottom), which are always exposed. At CES 2013, Kingston Technology used a Banchetto 101 to showcase its new, high-speed HyperX memory for gamers. (Top image courtesy of MICROCOOL, www.microcoolusa.com)