A portable computer with an LCD screen that weighs from two to 10 pounds (see chart below). It uses batteries for mobile use and AC power for charging and desktop use. High-end laptops provide nearly all the speed and capabilities of desktop computers. Following are their major features:

Screen Resolution - Internal/External
Today, laptops use high-quality LCD screens, and the built-in display system can also feed an external monitor or data projector. Unlike a desktop computer, you cannot replace the display subsystem, so be sure the laptop has the resolution required by the external monitor if you want to connect one.

Built-in Pointing Device
Either a touchpad or pointing stick is built into the laptop. Try it. There are differences. A regular mouse can always be plugged in.

Batteries
Battery life is critical. The standard battery can usually be replaced with an extended life battery, but that adds more weight.

Weight
Five pounds can be very heavy if you have to lug it around all day. To reduce weight, subnotebooks use external CD/DVD drives. Also, check the external power supply (see power adapter). This plastic brick adds more weight in your travel bag and is never included in the advertised weight. Following is a rough guide to portable computers by weight. See subnotebook, Ultrabook and netbook.

In 1983, Tandy's Radio Shack division launched the Model 100 Micro Executive Workstation. It weighed only four pounds and included a built-in word processor, name and address list and modem. The Model 100 was inspiration for the huge portable market that followed. (Image courtesy of Tandy Corporation.) 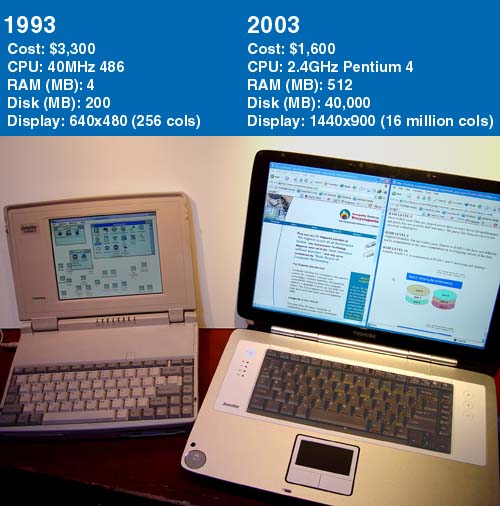 With a CPU 60 times faster, 100 times more memory and 200 times more disk space, the 2003 model bears little resemblance to the 1993 unit. The increases in CPU, RAM and storage ratios in models from 2003 to today are still significant, but not quite as dramatic. 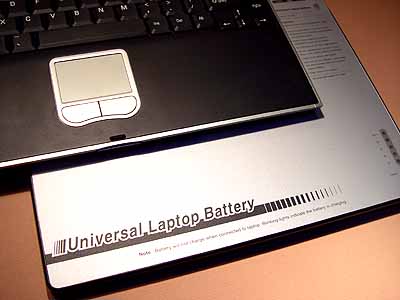 Although batteries last much longer than they used to, this example of an early external lithium ion battery added up to seven hours of run time. 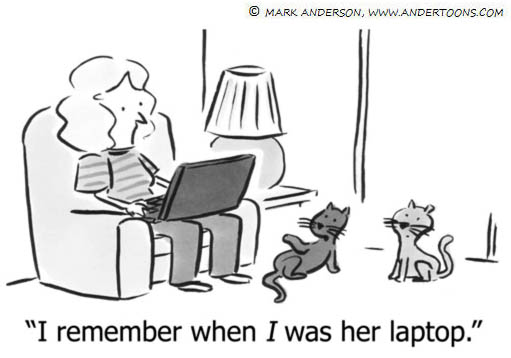