Intel's branding for a lightweight Windows laptop computer. Introduced in 2011 and weighing from two to four pounds, Ultrabooks became available with screens from 11" to 14", and many models employ solid state disks (SSDs). Ultrabooks eliminated the optical drive to reduce thickness and weight; however, notebooks with built-in optical drives have also been sold under this banner. See SSD, subnotebook, hybrid laptop, convertible laptop and MacBook. 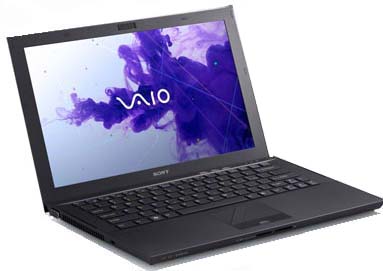 At three pounds, the 505G (top) was not called an Ultrabook in 1998, but it set the trend. With only a 2.1GB internal disk, it came with external floppy and CD-ROM drives. Just as lightweight, the Sony Ultrabook (bottom) has 1TB of storage. (Images courtesy of Sony Corporation.)