Apple's primary desktop computer. The iMac is an "all-in-one," which houses the computer, drives and monitor in the same case. Apple also makes two computers with separate monitors: a mini desktop and workstation (see Mac mini and Mac Pro).

The top iMac model used to be the iMac Pro. The Pro name was subsequently dropped, but the current 27" iMac is similar (see iMac Pro). In 2021, the first iMac with Apple's M1 processor debuted, and both Apple and Intel models are available as follows (see Apple M1).


A Thousand Times More RAM
Debuting in 1998, the first iMac came with 32MB RAM, a 4GB hard disk, CD-ROM drive and dial-up modem. Only the RAM was upgradable. Sixteen years later, the 2014 iMac with a 5K display was configurable with up to a thousand times more RAM and 700 times more storage. It was also the first desktop computer with a 5K monitor. See Mac computer, iBook, MacBook and eMac.

iMacs caused a stir as the first personal computer without a floppy disk. At $1,299, it was featured as a low-priced Internet machine (the "i"). All in one case, it harked back to the first Mac (see Macintosh). The serial and Apple ports gave way to USB (see Apple Desktop Bus). Although the handle was convenient (top), it weighed 35 pounds. Like all Macs of the era, iMacs used PowerPC chips (see PowerPC). 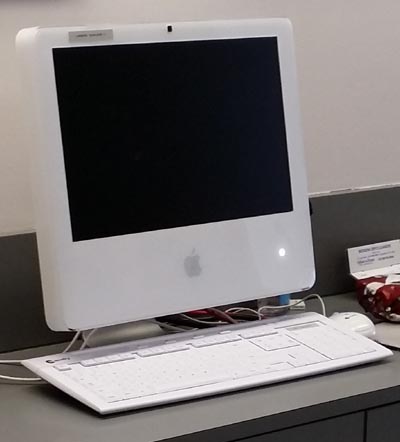 More than five million CRT-based iMacs were sold before Apple switched to flat screens in 2001. Still running in 2014, this 2003 model had eight times the RAM and 20 times the storage of the first iMac. 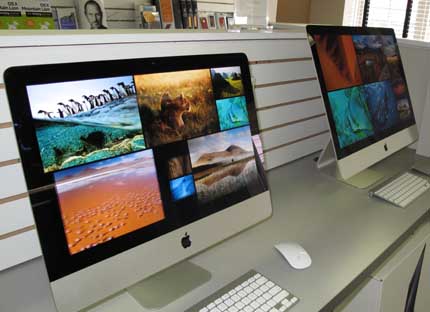 In late 2012, iMacs became ultra-thin at the very edge of the screen. Just as the first iMacs eliminated the floppy, the 2012 models dropped the CD/DVD drive.