(Graphics Processing Unit) A programmable processor specialized for rendering all images on the computer's screen. A GPU provides the fastest graphics processing, and for gamers, the GPU is a stand-alone card plugged into the PCI Express (PCIe) bus. GPU circuitry can also be part of the motherboard chipset or on the CPU chip itself (see diagram below). See PCI Express.

A GPU performs parallel operations. Although it is used for 2D data as well as for zooming and panning the screen, a GPU is essential for smooth decoding and rendering of 3D animations and video. The more sophisticated the GPU, the higher the resolution and the faster and smoother the motion. GPUs on stand-alone cards include their own memory, while GPUs built into the chipset or CPU chip share main memory with the CPU (see GDDR).

Not Just Graphics Processing
Because GPUs perform parallel operations on multiple sets of data, they are widely used for scientific and AI applications that require repetitive computations. A supercomputer may have thousands of GPUs in addition to its CPUs (see GPGPU). GPUs are also used for mining Bitcoin and other digital currencies (see crypto mining). See graphics pipeline and multi-GPU.

In a PC, graphics rendering originally took place in the CPU. Over time, functions were offloaded to separate circuits and then to GPUs either in separate cards, the motherboard chipset or the CPU chip itself. See display adapter, integrated graphics and integrated GPU. 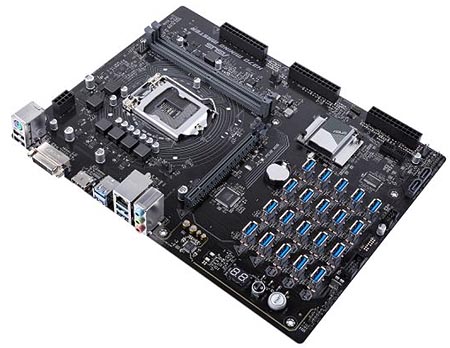