(1) Casino-style gambling. The original meaning of the term, gaming may also refer to gambling over the Internet.

(2) Playing electronic games. Games can be played by an individual with a specialized game machine such as an Xbox or PlayStation (a "console"), a Windows computer or a mobile device, the latter gaining immense popularity since the advent of smartphones and tablets. Although the Mac has not been a major gaming platform, game developers increasingly offer Mac versions of their products.

Many games are designed for multiple players, who interact and compete over the Internet. Traditional card games are also included; for example, four people, each in different locations around the world, can play bridge together.

Although only a small percentage of American adults identify themselves as true gamers, nearly half of them do play video games according to a 2015 poll from the Pew Research Center.

Odyssey Was the First
Considered to be the inventor of the first video game, Ralph Baer's idea in the early 1950s of adding games to the TV sets he was building at Loral was rejected. Fifteen years later, he designed several prototypes on his own. Magnavox licensed his technology and introduced it as the Odyssey game machine in 1972, which used plastic overlays on the TV screen for a dozen games including ping-pong. Later, Nolan Bushnell had a similar version created for arcades, and "Pong" quickly became the premier product of his company, which he had renamed Atari. See video game console, gamer, Atari, advergame and pwn.

World Video Game Hall of Fame
By the end of 2016, the following video games were inducted into the Hall of Fame: 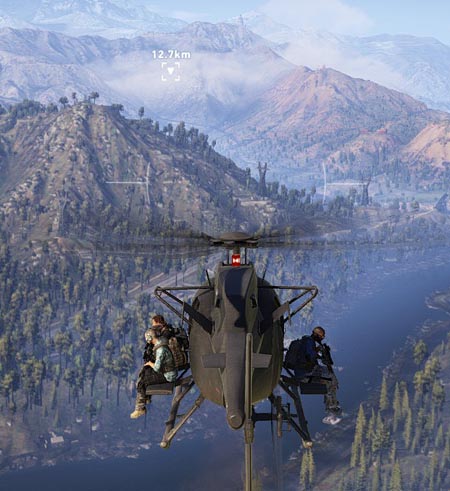 A half century ago, hitting a ball across the net with a paddle that only moved up and down was actually very enticing. However, being part of a helicopter team hunting the enemy takes on a whole new dimension.