A person who likes to play video games. A gamer may be a dedicated aficionado who plays every day; however, there are many more casual players. According to the September 2022 edition of The George Gilder Report, more than three billion people play games worldwide, with more than half in Asia. There are more than 650 million gamers in China and approximately 200 million in the U.S. See gaming, metaverse and virtual reality. 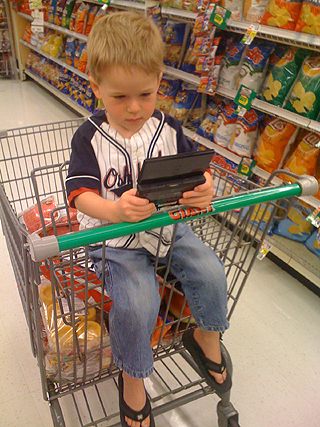 In 2010, this four-year-old genius already has a year of gaming under his belt. His Nintendo DS keeps him entertained while mom shops.