(2) A hinged cellphone that is more compact when closed. The cover "flips open" to reveal the screen, keypad, speaker and microphone. Also called a "clamshell phone," the flip phone is a basic cellphone without Internet access. A step up is the "feature phone," which may offer Internet access (see feature phone). 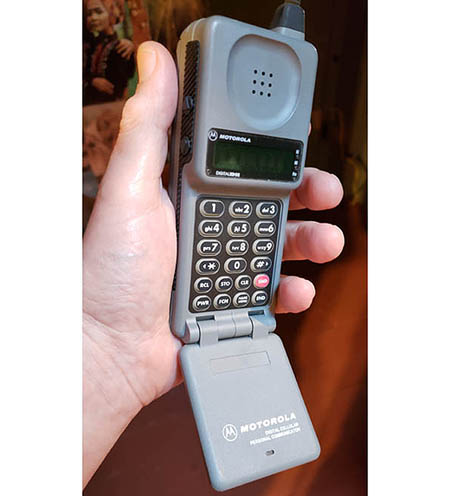 In 1989, as part of its MicroTAC line, Motorola introduced the Digital Cellular Personal Communicator, which had a folding mouthpiece to reduce bulk. 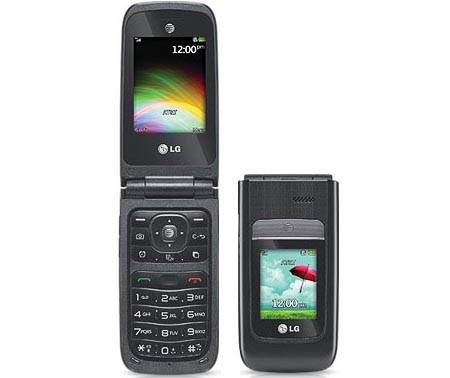 A flip phone closes to half its original size, and this LG model has a second screen on the outside. (Image courtesy of AT&T, www.att.com) 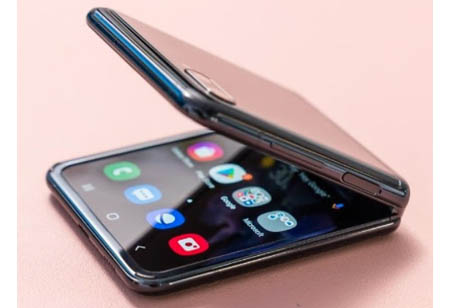 In 2020, the Samsung Galaxy Z Flip (shown here) and the Motorola Razr clamshell smartphones debuted with folding screens. Unlike the flip phones of the past, these devices are state of the art and considerably more expensive. See Galaxy Z Flip, FOLED and smartphone. (Image courtesy of PCMag.com.)