A thin display screen for a computer, tablet, smartphone or TV. LCD is the primary technology with OLED increasingly employed in smartphones. The first LCD panels appeared on laptops in the mid-1980s. In the mid-1990s, LCD monitors for computers became available and exceeded sales of CRTs by 2003.

For TV viewing, LCD/LED and OLED are the competing technologies. Plasma TVs are no longer made. See LCD, OLED, plasma display and flat panel TV.

Know Your Resolution
Flat panel monitors have a precise matrix of rows and columns ("native resolution"). Most monitors have at least 1,080 lines (rows) of resolution to accommodate HD video, but business users and graphics designers often take advantage of 1,440, 1,600, 2,560 and more lines of resolution on premium, large-screen displays. See 4K monitor and 5K monitor.

The SGI 1600SW was the first wide-screen, high-resolution panel for business users. At 1600x1024 pixels, two documents or Web pages could appear side-by-side on a single screen. 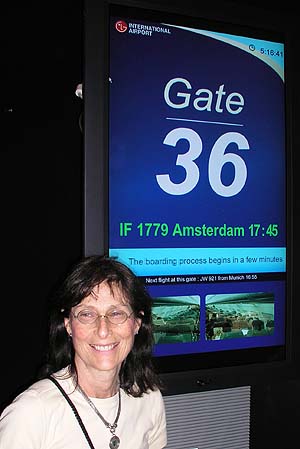 By 2004, this 42" LCD panel from LG was considered huge. Three years later at CES in Las Vegas, Sharp proudly displayed a 108" TV. 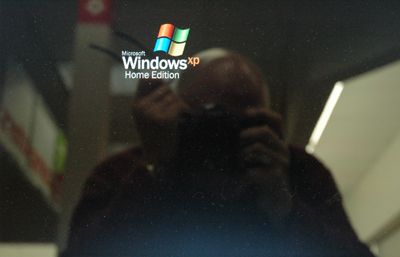 Laptops were first noted for their lack of glare compared to desktop CRTs. By 2003, laptop LCDs emerged with an overlay to enhance colors, and it caused reflection as in this photo. Today, glare runs from a lot to a little.