Two monitors on the same computer. The required computer hardware is either two graphics cards or one card with two ports. The cards are typically set to "extended desktop mode," in which both monitors function as one unit with the mouse moving seamlessly from one screen to the other. See window spanning and extended desktop mode. 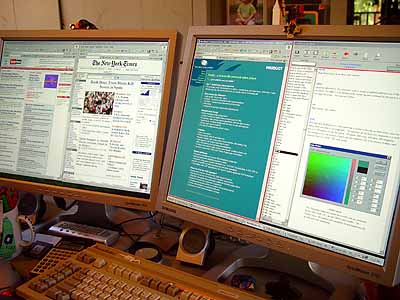 Two 21" Samsung monitors were first connected to one PC (top). Later flipped into portrait mode, they became the smallest monitors in a mixed Windows/Mac configuration (bottom). The largest monitor is 30" from Apple, while the rightmost is a 26" Samsung.

Windows automatically detects multiple graphics cards and lets you configure them individually. This Display Properties dialog box is displayed by right clicking the mouse on the desktop. 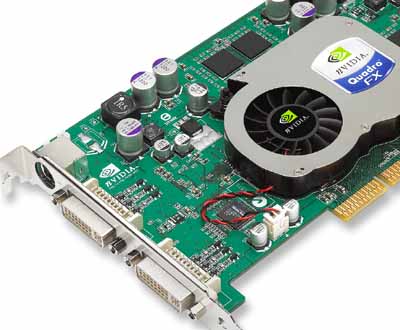 High-end graphics cards such as this earlier DVI card from NVIDIA have two ports for monitors. See DisplayPort. (Image courtesy of NVIDIA Corporation.)