Both Memory and Storage
3D XPoint has unique attributes. Like all RAM chips (DRAM and SRAM), XPoint is byte addressable and can thus be used like main memory or as a secondary RAM bank. Because it is non-volatile, it can also replace an SSD or hard drive or be used in conjunction with them. Intel's Optane does the latter, combining XPoint with an SSD and storing files in the XPoint bank that benefit from faster retrieval. See byte addressable and SDRAM. 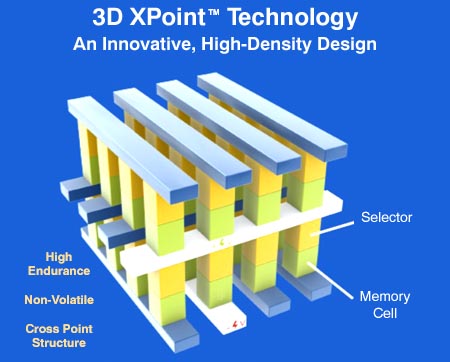