Windows CE used the same Win32 programming interface (API) as regular Windows, but could run in less than 1MB of RAM. It supported most Windows technologies such as .NET Compact Framework, MFC, COM, ActiveX and DirectX. In addition, numerous components were available in source code to be modified for specific platforms.

The Clio was an innovative Windows CE computer. Released in 1999, it was used as a tablet or laptop with its built-in keyboard. Developed by Vadem, Ltd., it was later acquired by The Pinax Group. (Image courtesy of The Pinax Group.) 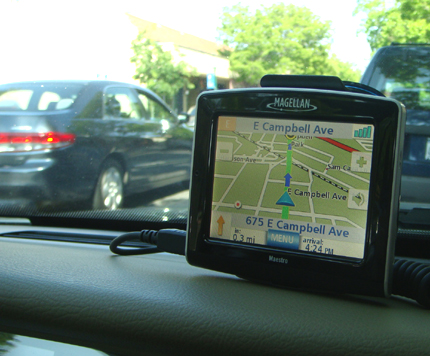 In the early 2010s, this Magellan navigation unit ran under Windows CE, offering features of in-dash models, including text-to-speech playback of street names.