(2) The world's predominant hardware platform for laptops, desktops and servers. The x86 line was developed by Intel and includes the Core, Xeon, Pentium, Atom and original 8086 family (hence the "86"). With an even greater market share than x86, ARM is the hardware platform for mobile devices and appliances (see ARM).

AMD also manufactures x86 CPUs with brands such as Athlon, Sempron and Opteron. Although Intel and AMD are primary sources, x86 chips are also made by others. See x86 compatible, x86 chip platform and embedded system. 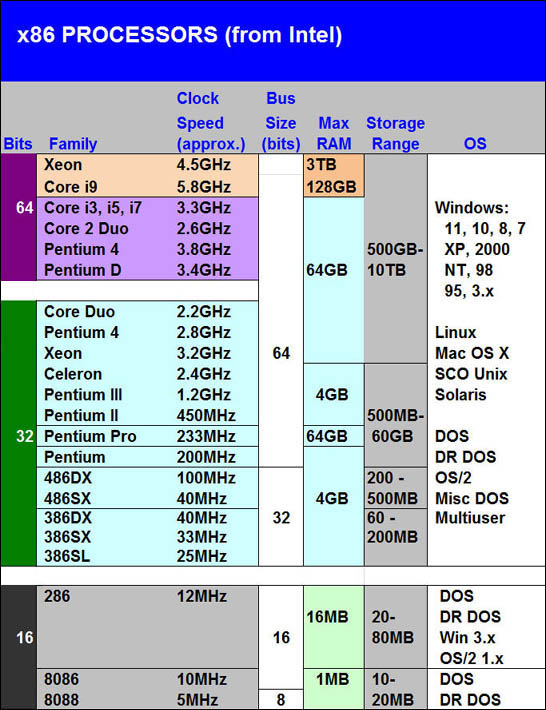