An IBM slogan that stems from the early days of the company. Thomas J. Watson, Sr., founder of IBM, began using the slogan in 1911 when he was working for the National Cash Register Company (NCR). THINK signs were common at IBM, and annual conferences have been named IBM THINK. See IBM and ThinkPad. 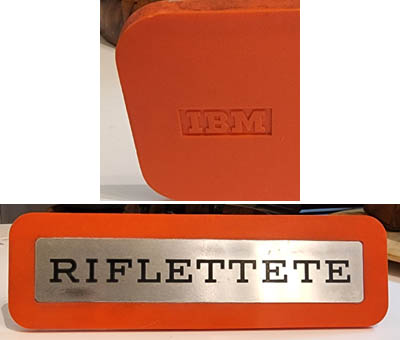 The THINK motto was used in IBM offices throughout the world. In Italy, THINK became REFLECT, which is a more suitable word in Italian for getting the point across.