A family of notebook computers from Lenovo. Originally made by IBM and introduced in 1992, Lenovo became owner of the brand when it acquired IBM's personal computer division in 2004. ThinkPads have been widely praised for their superior keyboard quality on a laptop computer. ThinkPads were also the first to employ a pointing stick for cursor movement, and some models have built-in key lights. In 1995, the folding "Butterfly" keyboard won awards for its unique design. See premium keyboard and IBM THINK. 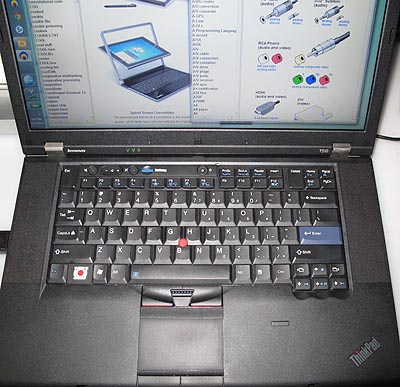 The ThinkPad has been popular since its inception and introduced innovative features, such as the pointing stick and "Butterfly" keyboard (see TrackPoint and TrackWrite).