A earlier line of entry-level VAX computers from Digital Equipment. Introduced in 1983, MicroVAX machines ran under the MicroVMS or ULTRIX operating systems, and some models used the Q-bus architecture. A large number of MicroVAX models were developed over the years. See VAX. 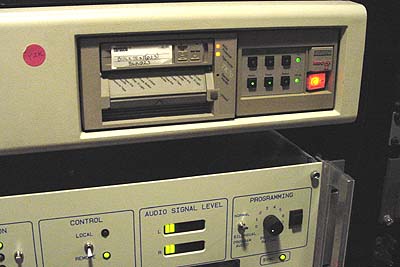 Still running 30 years later, this MicroVAX (top unit) was one of the first models. Old computers can still be used to perform a single task.