(MICRO Light Emitting Diode) An LED display technology that uses very small pixels. Also known as "mLED" and "µLED," MicroLED is a true LED emitter like OLED and plasma rather than the backlight source in an LCD/LED TV. Modular wall-sized MicroLED displays were demonstrated by LG and Samsung in 2018 that were made up of several square modules that fit together. In 2019, Samsung introduced a 75" MicroLED TV. Mass production for MicroLED-based TVs, phones, watches and microdisplays is expected in the 2021-2024 time frame. See LED, OLED and LED TV. 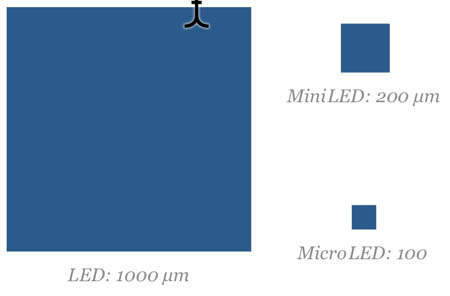 Whereas MicroLEDs are direct emitters of the pixel colors, both regular LEDs and MiniLEDs are used as backlights for LCD TVs. MiniLEDs are generally in the 100-300 µm range, whereas 100 µm is the upper range for MicroLEDs. (Image courtesy of Ron Mertens, www.microled-info.com) 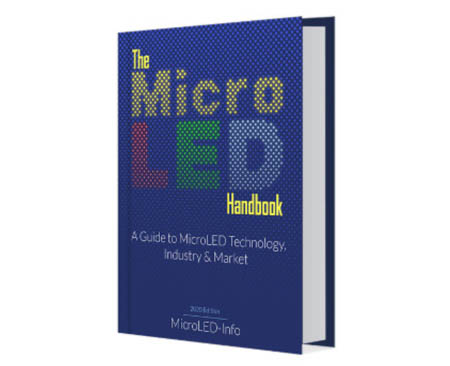 For an in-depth look at the technology, Ron Mertens' The MicroLED Handbook covers the state of the industry, including all the companies involved as of 2020 and the latest information from the leading experts in the country. For more information, visit www.microled-info.com.