Apple's Intel-based professional workstation, which was introduced in 2006. Other Apple products also use the Pro designation (see MacBook, iMac and iPad). In March 2022, Apple announced the Mac Studio, which resulted in two high-end workstations: the Pro based on Intel x86 CPUs and the Studio based on Apple's M chips. See Mac Studio and Apple M series.

Debuting in 2019, the current, third-generation Mac Pro is a powerhouse capable of supporting up 28 Intel Xeon CPU cores, 1.5 terabytes of RAM and 8TB of solid state storage. Designed for expansion, the Pro has eight PCI Express slots. The entry-level model with monitor retails for $12,000, but when maxed out can reach more than $50,000. A rack model is also available (see rack mounted). See Pro Display XDR.

The first Mac Pro used the traditional tower case, but the second-generation model was a cylinder and dramatic departure (see below). See Mac models, Intel Mac and Power Mac. 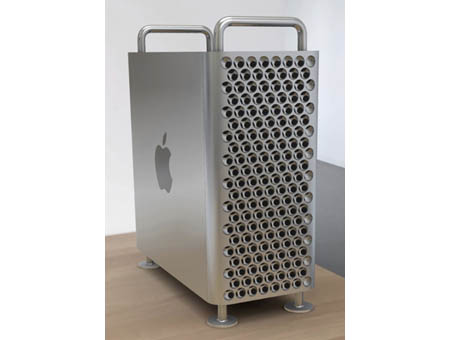 The current third-generation Mac Pro reverts to the traditional tower case but with a flair. (Image courtesy of Apple, Inc.) 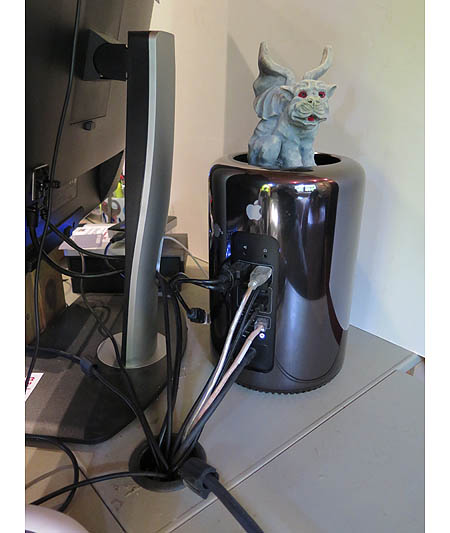 Introduced in 2013, the cylinder used a thermal core, and a fan drew air through the top around the gargoyle (a personal addition). It could support up to 16 Xeon cores, 64GB of RAM and 1TB of solid state storage (SSD). All peripheral expansion was accomplished via USB and Thunderbolt ports. 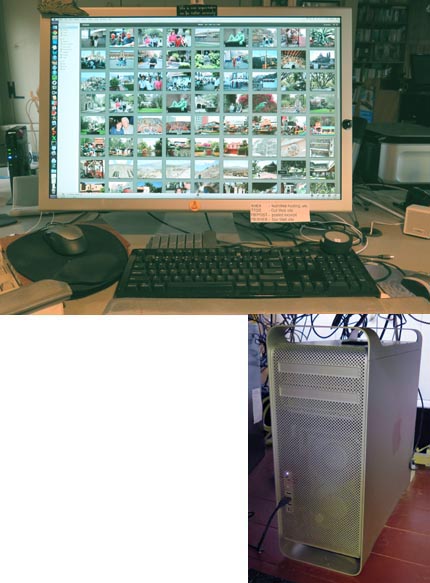 With up to 12 cores, the original Mac Pro was powered by Intel x86 chips rather than Apple's PowerPC. Shown here with Apple's coveted 30" monitor, it supported 64GB of RAM and had plenty of room for internal storage. See Intel Mac. 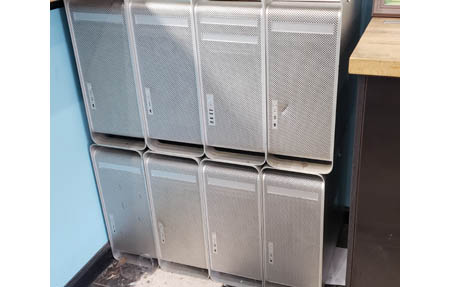 First-generation Mac Pros are retrofitted for their sturdy cases like these units at Dtown Tech in Doylestown, Pennsylvania.