An early magnetic card storage device from IBM. Used from the mid-1960s until the mid-1970s, the Data Cell was designed by Alan Shugart, who later engineered the hard disk and floppy disk. More than 100 Data Cell drives were installed worldwide.

The drive held 10 removable cartridges (the "Cells") that were divided into 20 subcells, each containing 10 3x15" tape strips. With up to eight drives connected to a computer, it had huge direct access capability for its time.

The card was extracted from its subcell, wrapped around a read/write head and returned. Although accessing a card in half a second was a mechanical marvel, the cards were susceptible to wear and damage. Disks were becoming the norm, and all the card systems (Data Cell, CRAM and RACE) had a limited lifespan. See RACE and CRAM. 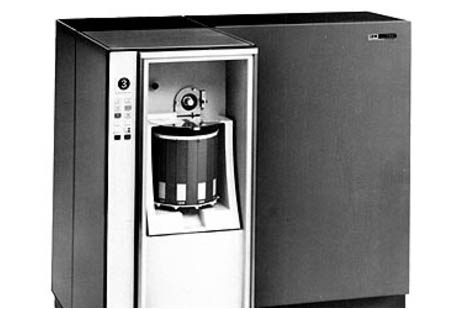 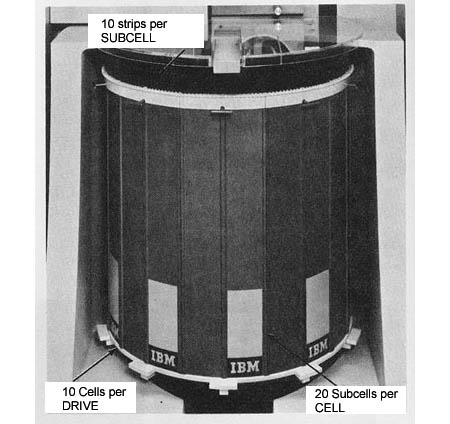 Each drive held 10 removable "Cell" cartridges per carousel for a total of 400MB. (Images courtesy of IBM.) 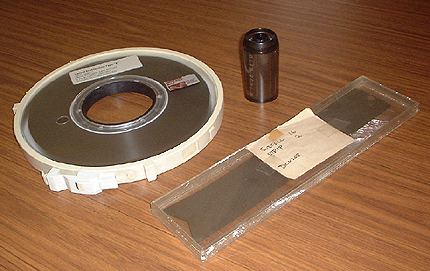