(2) (Card Random Access Memory) An early magnetic card mass storage device from NCR that was made available on its 315 computer systems in 1962. It offered reasonably reliable random access storage at a time when magnetic tapes with sequential access were the primary storage medium.

A Mechanical Wonder
CRAM used a removable cartridge housing a deck of 3x14" cards with a magnetic recording surface. There were initially 256, and later 512, cards in the deck, providing 5.5MB and 11MB of storage. With a roomful of 16 units connected to the computer, the total storage capacity was 176 megabytes, a rather large amount of random access capacity for that era.

CRAM was a successful addition to NCR's computer line, offering huge storage and reasonably reliable random access during the 1960s. However, by the end of the decade, magnetic disk packs were mainstream (see disk pack). See RACE and Data Cell. 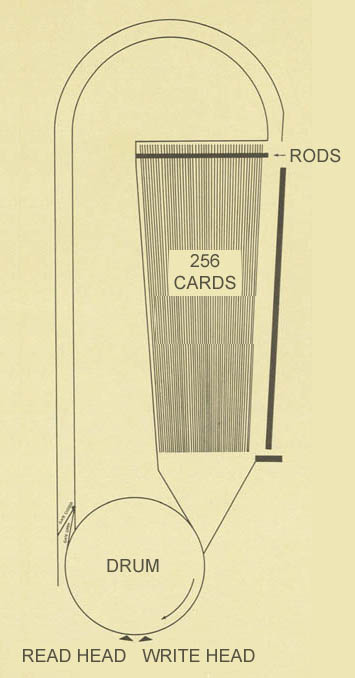 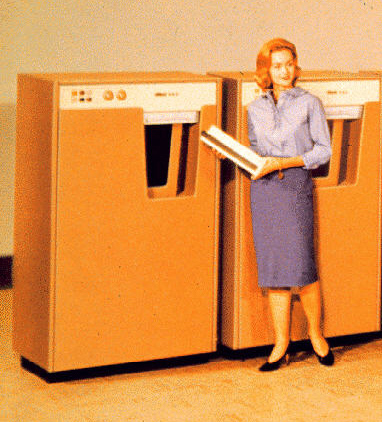 With air blowing to keep them separated, notched cards were suspended from rods that were selectively moved to release the required card. Using air pressure, the card was dropped and wrapped around a rotating drum. After reading or writing, it was returned to the cartridge. Every once in a while, the machine would come to an abrupt stop when two cards dropped at the same time. (Image courtesy of NCR Corporation.)