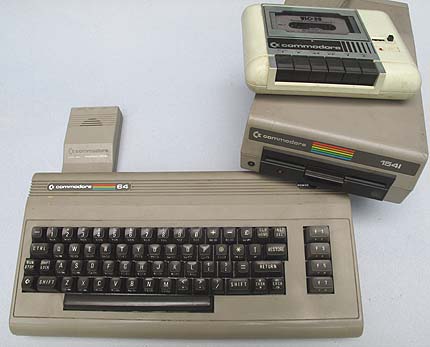 This is the main unit with a 300 bps analog modem plugged into the back, a drive for 170KB floppies and a tape cassette. The floppy drive weighed almost 10 pounds. Like most personal computers of that era, the BASIC programming language was built in. See BASIC.