In 1985, Commodore's new Amiga series offered advanced imaging and video capabilities at affordable prices. A line of IBM-compatible PCs was also introduced, but the Amiga line was Commodore's mainstay until 1994, when the company filed for bankruptcy. See Amiga and Commodore 64. 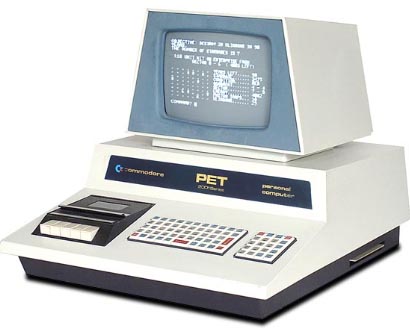 The USD $595 PET (Personal Electronic Transactor) contained its own tape cassette (on the left) and a whopping 4K of RAM. (Image courtesy of Steven Stengel, www.oldcomputers.net)

The Amiga and Video Toaster were touted as the most affordable broadcast-quality video editing system on the market. Digital effects were created in the Amiga and converted to the analog tape decks in real time. (Image courtesy of NewTek, Inc.)