The last generation of BlackBerry's proprietary operating system (see BlackBerry Key). Introduced in 2013 and based on QNX, BlackBerry 10 (BB10) was very innovative and a dramatic departure from previous phone models. Unfortunately, BlackBerry 10 was too late in the game, and the company later switched to the Android OS. 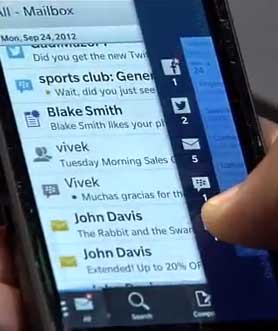 The BlackBerry Hub enabled all notifications to be revealed at any time by swiping the screen up and over with the same hand that held the phone. Users could "peek" in for a quick glance and return smoothly to where they left off. (Image courtesy of BlackBerry, www.blackberry.com) 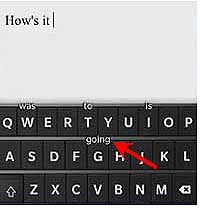 Suggested words can be quickly flicked up into the sentence, and common typos are remembered. Interjected foreign words are also spell checked. (Image courtesy of BlackBerry, www.blackberry.com) 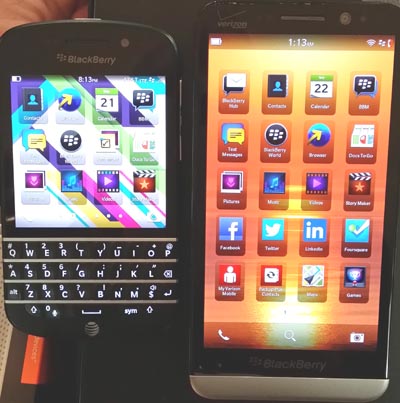 The Q10 and Z10 were the first BlackBerry 10 smartphones. Q models used the company's signature keyboard, while Z devices were touchscreen. This image compares the Q10 with the Z30 (second-generation Z). With longer battery life and better speakers, the 5" Z30 was faster than the Q10.