(2) A retail outlet for Apple products operated by an independent company.

(3) An Apple-owned retail outlet. With more than 500 stores worldwide, Apple launched the first two in 2001 in Tysons Corner, Virginia and Glendale, California.

Apple is one of the few consumer electronics companies to have its own retail outlets. Apple stores have been extremely successful. 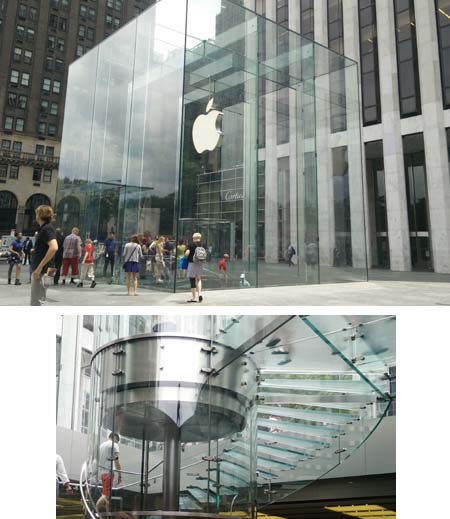 The glass entrance and circular staircase leading down into the Apple store in New York is quite dramatic.