The first microprocessor from Intel. Designed by Marcian E. "Ted" Hoff at Intel in 1971, it was a 4-bit, general-purpose CPU initially developed for the Japanese Busicom calculator. Running at a clock rate of 740 kHz, the 4004 could address 4KB of ROM for a program and 640 bytes of RAM for input/output.

A Small But Great Start
Given the tiny amount of RAM the 4004 supported, it was limited to calculator-like applications. Nevertheless, it was the beginning of a long line of microprocessors. The 4040 successor added interrupts, 24 index registers (up from 16) and a second 4KB program bank.

With only 2,300 transistors, the general-purpose 4004 launched Intel into the microprocessor business. (Image courtesy of Intel Corporation.) 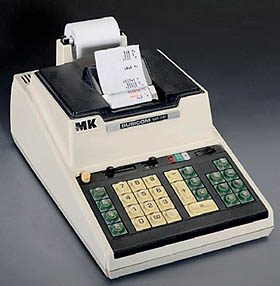