A hardware device that provides the basic infrastructure for a home or small office network. By combining three network components in one box, wireless routers offer a convenient way to connect a small number of wired and any number of wireless devices to each other for access to the Internet as well as for file sharing and printing.

All in One: Access Point, Switch and Router
The access point is the base station and antenna that creates an in-house Wi-Fi hotspot. The switch interconnects any number of Wi-Fi devices and three or more wired devices via Ethernet cables. The router forwards and receives Internet traffic via the user's modem, which connects to a line from the cable or telephone company. In some small offices, but mostly in the larger company, these three components are dedicated units. See access point, Ethernet switch, wired router and router.

Assign and Keep Track
A major function of the router is to assign an IP address to the computers and devices in the network (see DHCP). Another important task is keeping track of all queries to the Internet in order to forward the response back to the device that made the request (see NAT).

Also a Firewall
The router attempts to prevent unrequested traffic from coming into the network. Most wireless routers contain a stateful inspection firewall that ensures packets (Web pages, email, etc.) coming from the Internet were requested by a user. Because the router is the only path to the Internet, the firewall works for all computers in the network, and personal firewalls in each machine may be turned off (see firewall and firewall methods). See modem vs. router, wireless LAN, Wi-Fi, Wi-Fi hotspot, cellular hotspot, Wi-Fi extender, Ethernet switch, router and WPAN. 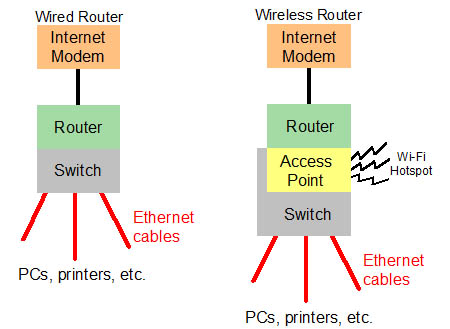 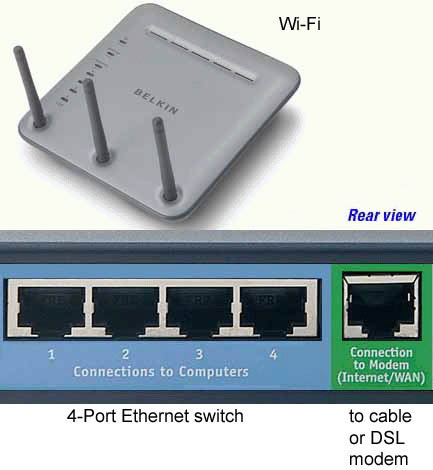 The Wi-Fi is not always apparent as some wireless routers hide the antennas in the case. The switch has four or more ports to wire computers via Ethernet cables, and the Internet port is wired to the modem, also with an Ethernet cable. (Image courtesy of Belkin Corporation, www.belkin.com) 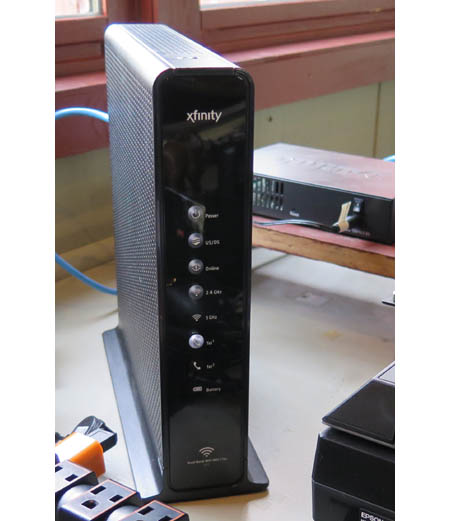 This Xfinity "wireless voice gateway" is a wireless router combined with a cable modem and telephone modem. See cable/DSL gateway and Xfinity hotspot. 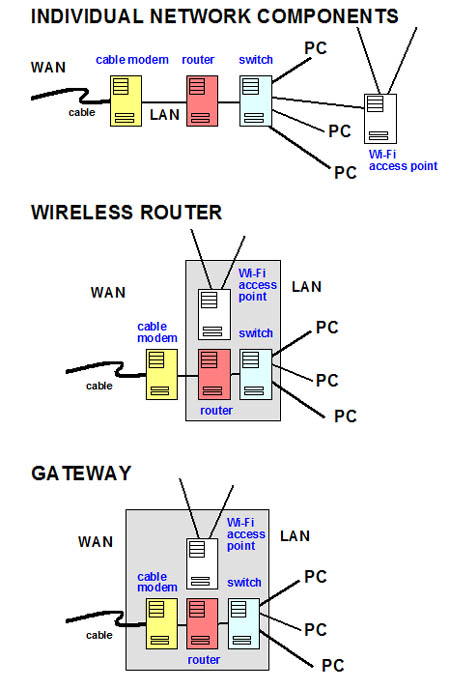