An audio recording system that magnetized an ultra-thin wire as the medium. First invented in 1898, several wire recorders were developed over the years but were never very popular. In the 1920s and 1930s, Edison's wax cylinders were more widely used for dictation and home recording; however, the cylinder was a write-once medium, whereas the wire did offer the advantage of reuse. In the mid-1950s, magnetic tape emerged to become the ubiquitous recording medium. See magnetic tape. 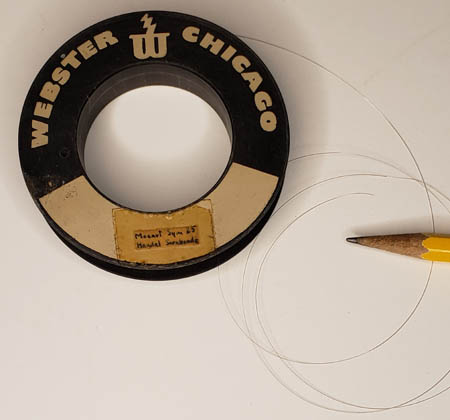 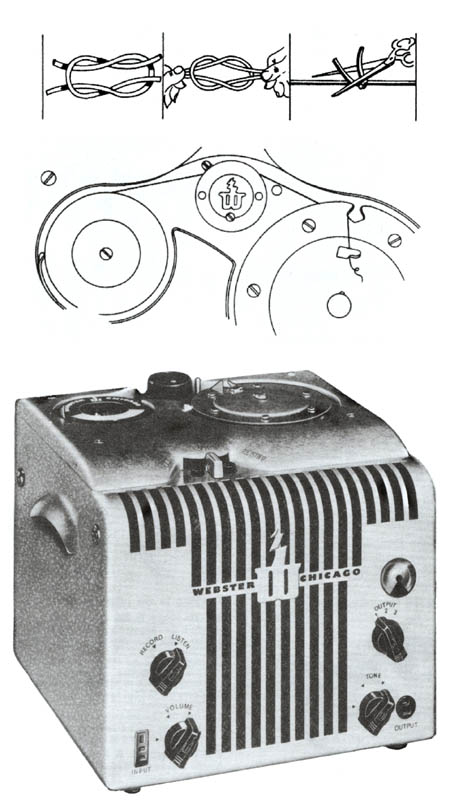 By the 1940s, the 3" wire spools could record an hour of audio at 24 ips (top). The wire was manually threaded onto the take-up reel of this Webster-Chicago unit. Instructions in the manual show how two wires can be spliced together.