Developing programs with tools that allow menus, buttons, icons and other screen components to be selected from a palette. Also called a "GUI builder," visual programming tools allow the user interface elements to be dragged, dropped and resized the way objects are drawn in graphics programs. Traditional source code may be completely eliminated, or it may be embedded within the graphics components.

Many programming environments include a visual editor for the user interface. Although the program logic is written in a traditional language, the screen elements are programmed visually. See no-code development.

Using a palette of functions, telephony applications were programmed in this earlier OmniView system by dragging and dropping predefined elements onto a canvas. (Image courtesy of Apex Voice Communications, Inc.) 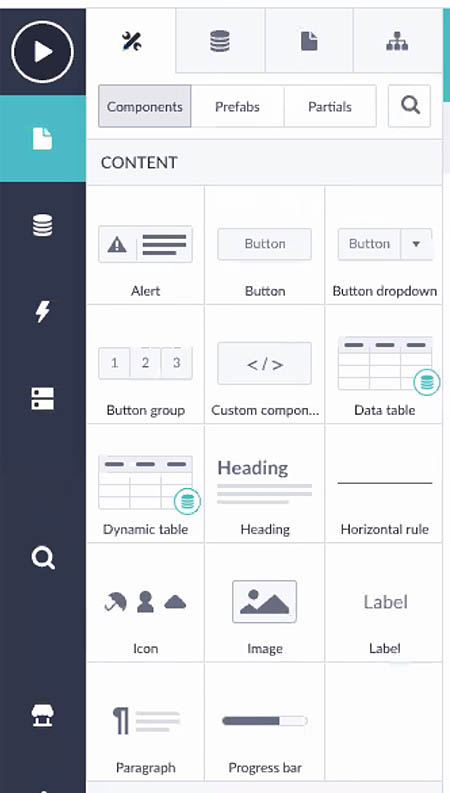