(Virtual Private Network) A private network configured within a public network such as the Internet or a carrier's network. A VPN provides anonymity and privacy for every desktop and mobile device that accesses the Internet. VPNs use so-called "tunneling" protocols because they tunnel a private channel through a public network (see VPN protocols).

Anonymity
VPNs provide a server that sits between the user and the destination website, which only sees the IP address of the VPN and not the user (see illustration below). As a result, VPNs are widely used to get around restricted content that is available only to citizens within the country (see VPN service). See anonymous Web surfing and proxy server.

Privacy
A VPN encrypts the user's data because unencrypted traffic can be read by an attacker, especially in a public Wi-Fi hotspot. Another common encryption method is TLS, which every e-commerce and financial website employs for data transfer. However, TLS does not provide anonymity (see illustration below). See TLS.

VPN History
Years ago, the telephone carriers used their vast backbones to tunnel traffic between cities, giving the appearance of a private network that was more affordable than long distance private lines. Prior to the Internet, VPNs were built over several network architectures (see X.25, Switched 56, ATM and frame relay). 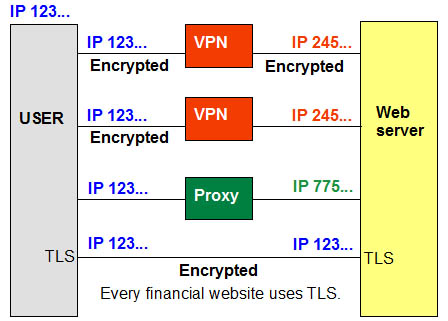 Anonymity is provided because the website can only identify the IP address of the VPN server. Privacy is due to the encryption. See proxy server and TLS. 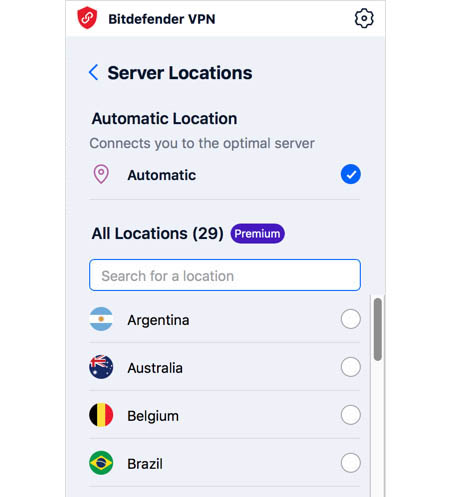 People also use a VPN to give them access to websites in countries that restrict foreign users for political and other purposes. A requesting server from within the same country overcomes those restrictions such as this VPN example from Bitdefender.