The way a person interacts and commands a computer, tablet, smartphone or other electronic device. The user interface (UI) comprises the screen menus and icons, keyboard shortcuts, mouse and gesture movements, command language and online help.

Command Line vs. GUI
The user interface in the earliest computers comprised buttons and dials. Although the first personal computers had screens, the computer was operated by typing text commands. Starting with the Mac in 1984 and Windows 3.0 in 1990, the mouse-oriented graphical user interface (GUI) emerged, which simulates a desktop environment. See GUI and desktop environment.

The Bar Was Set Low
The user interface is the most important and least-understood area in the tech industry. Every application has only a handful of basic functions that users need all the time, yet they are often buried in unintuitive submenus. Worse yet, once bad examples are set by major vendors, others follow like sheep (see Control key). Since popular applications are often hard to learn, users have come to expect that software has to be difficult, when in fact, it could be downright simple if educated designers were involved. One glimmer of light was the advent of the smartphone. Its small screen forces designers to think more about usability, but not always. Smartphone apps can be as obtuse as desktop apps. See good user interface, first-time user menu and dynamic user menu.

Users Are Reluctant to Change
Because of the steep learning curves people have to endure, many are disinclined to change applications. While the software industry constantly touts "productivity gains" for every new product, the lost hours figuring out how to do something, combined with the gun-shy reluctance to actually try a different product that might really be an improvement often impede productivity.

Ask and Ye Shall Receive
Voice and natural language input and verbal output are increasingly standard components of the user interface, and they can be an enormous help. However, recognizing human speech is a daunting computational task. Sometimes the results people get are laughable. Nevertheless, improvements come every year in this arena (see virtual assistant). See RTFM, user experience, naming fiascos, Freedman's law, flat UI, Web rage, HCI and HMI.

The Florida recount in the 2000 U.S. presidential election kept the country in limbo for weeks. The confusing punch card ballot in Palm Beach County gave Pat Buchanan two thousand votes that very likely might have gone to Al Gore. 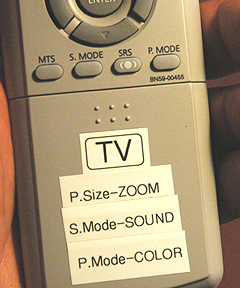 Our dazzling HDTVs do not prevent dopey button naming. This family's salvation was to attach labels on their remote control.

Was there a contest for how ridiculous one could name folders in this camera's memory card (right column)? Is something wrong with just plain Still, Movie, Audio, and Email?

The big red button that catches your eye in this building elevator is for an exceedingly rare emergency. Wouldn't "Big Red" be better as a "Door Open" button? People always scramble to stop the door from closing on someone.

With a combined 99 years of audio experience, Alan Freedman, author of this encyclopedia (right) and his colleague Pete Hermsen, who built a radio at age eight, struggled in vain to balance the speakers on Freedman's new receiver. The manual was worthless (see RTFM).

After changing a password on a website, this user-friendly message appeared. Translated: "we don't have a clue how our software got you here!"

The last two sentences in this message are sufficient. Why do we need an error message in hexadecimal? However, now and then, Microsoft has led the pack with really superior designs (see good user interface).

Why not identify the device by its common name? Samsung woke up later on and displayed the model name everyone knows.

This popped up on an old Android phone. The testing of this software was a bit lax.

In English, this means "Allow nearby devices to access your device?" See Device Association Framework.

This spreadsheet explains the type of error but never states which cells contain the problem. In other words "you goofed but we're not gonna tell you where." 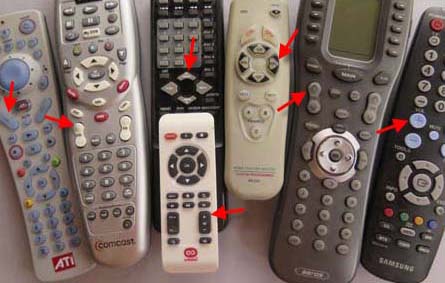 Remote control designs are all over the place. Even the volume and channel buttons can be anywhere (red arrows point to Volume Up). 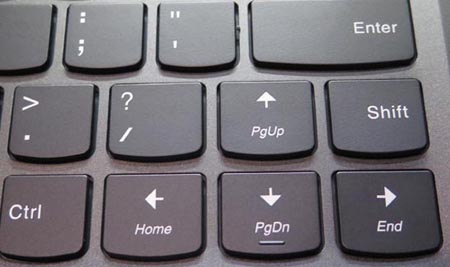 Any touch typist not noticing that the Up Arrow key was in the Right Shift key location would return this laptop immediately. The buyer of this machine actually did. 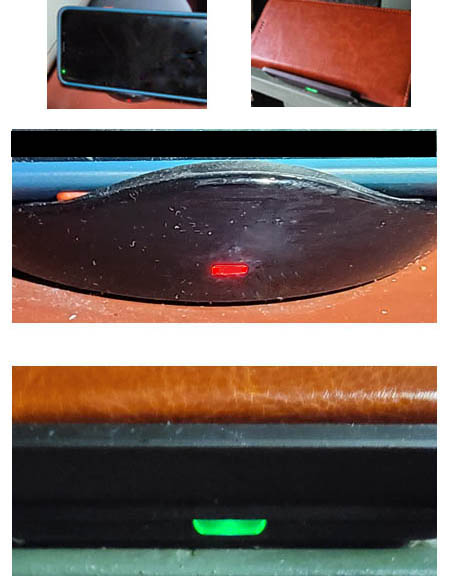 Two wireless charging stations. One displays a red light when charging, the other displays green.

Why display an error number when this Zoom message means "enable either a passcode or waiting room." Just say it.

Not related to tech but so silly we had to include it. These instructions were on a charcoal grill.