(1) The transmission from an earth station up to a satellite. Contrast with downlink.

(2) The transmission from a cellphone or other mobile device to a cell tower. Contrast with downlink. 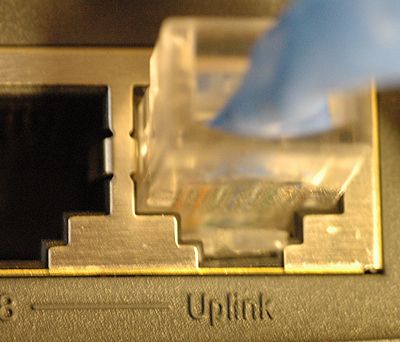 Ethernet switches used to have an uplink port for connecting to another switch or hub. The port was eventually discarded as equipment became more sophisticated (see MDI port).