(2) (Global Positioning System) A satellite-based radio navigation system run by the U.S. Department of Defense, officially known as NAVSTAR GPS. Other systems worldwide are GLONASS, Galileo, IRNSS and BeiDou). Originally created for the military, today, GPS receivers are built into all smartphones and millions of cars and trucks. See CarPlay and Android Auto.

GPS vs. the Nav
Technically, the GPS is the satellite system, whereas a "navigation system" or "nav" is the receiver that picks up the signals. In practice, people refer to their navs as their GPS. See navigation system, portable GPS and in-dash navigation.

Three or Four Signals Are Required
At least four satellites are on the horizon at all times, which is sufficient to compute the current latitude, longitude and elevation anywhere on earth to within 15 to 70 feet (see latitude). If only three signals are present due to interference, elevation cannot be derived. If fewer than three, the location cannot be computed unless the nav is built into the vehicle and interfaces with the speedometer (see in-dash navigation).

The Satellite System
In six different orbits approximately 12,500 miles above the earth, 24 medium-earth orbit (MEO) satellites circle the earth every 12 hours. They constantly transmit their current time based on atomic clocks and current location on two frequencies in the L-band (L1: 1575.2 MHz; L2: 1227.6 MHz). Most navs pick up L1, while more advanced receivers pick up both for greater accuracy.

The nav calculates the distance to the satellites by comparing the times the transmitted signals were sent with the times received. By knowing the precise locations of the satellites at any given moment, the nav computes the current coordinates using trilateration, a method similar to how ship captains navigated for centuries (see triangulation).

In 1996, Sony's NVX-F160 was one of the first vehicle navigation systems, and it was able to find the nearest restaurant and hotel. (Image courtesy of Sony Corporation.) 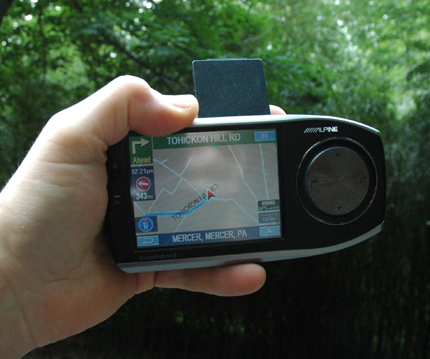 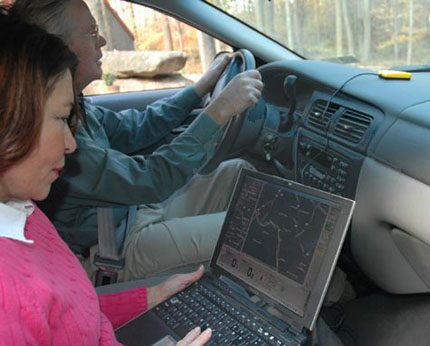 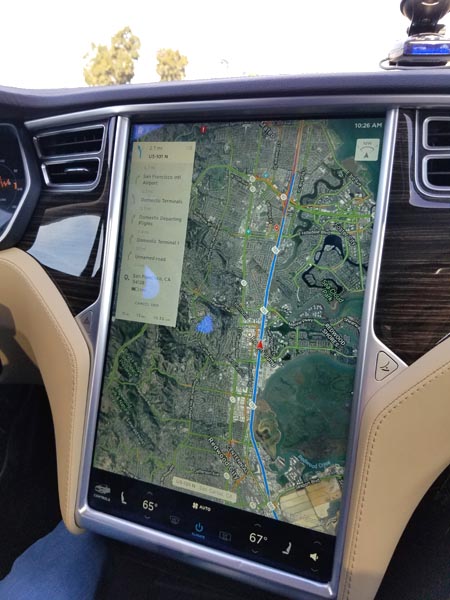 Tesla's navigation system is unlike any other. The 17" touchscreen displays more map area than any other nav screen. 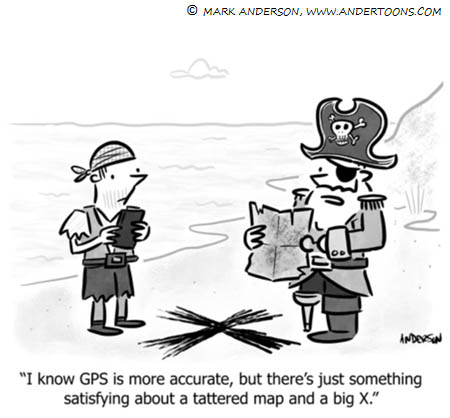