Using hardware or software in a desktop computer to make it perform like a terminal to a minicomputer or mainframe. Popular in the 1980s when a central computer such as an IBM or DEC mainframe was the common type of server. VT100-500 terminals and 3270 terminals were commonly emulated for DEC and IBM respectively. See 3270 emulator, twinax card, virtual terminal and xterm. 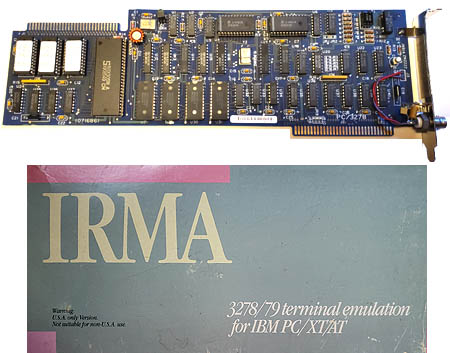 This "IRMA" plug-in card from Digital Communications Associates was used to connect PCs and Mac computers to an IBM 3274 terminal controller for mainframe connectivity.