A low-speed communications device that transmitted up to approximately 150 bps. Telegraph grade lines, stemming from the days of Morse code, could not transmit voice. In 1843, the U.S. Congress authorized $30,000 to build a telegraph line between Baltimore and Washington, DC. The wire was strung onto 700 poles placed approximately 300 feet apart. On May 24, 1844, at the U.S. Supreme Court in Washington, Samuel Morse tapped out "What hath God wrought" via telegraph to his assistant Alfred Vail who was waiting at a Baltimore railroad station, some 40 miles away. See telegram and Morse code. 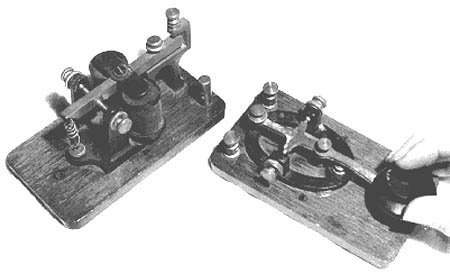 Data were sent at about four to six bits per second, which is as fast as a human hand can tap out Morse code. The unit on the right is the telegraph key. A metal bar on the receiver (left) simply banged against another bar when the current passed through, creating a clicking sound.

In the mid-1800s, Western Union consolidated long distance communications in the U.S. The first transcontinental line began in 1861, and by the 20th century, there were more than a million miles of telegraph lines. 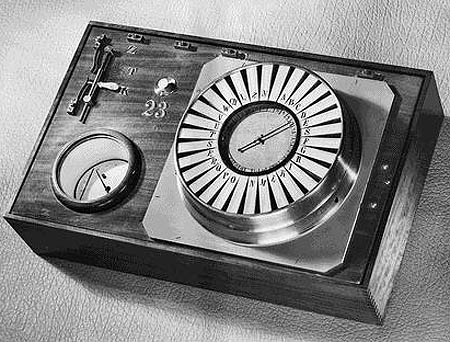 In the mid-1800s, chemist and engineer Werner von Siemens invented a telegraph system that moved a pointer over a letter. The operator only had to transcribe the letters instead of decoding them. (Image courtesy of Siemens AG, www.siemens.com) 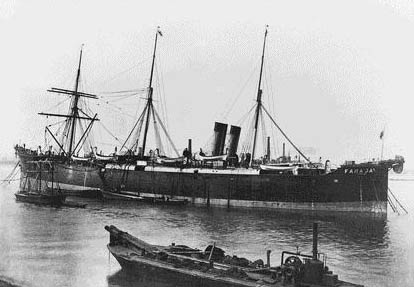 By 1884, the Siemens Faraday cable ship had laid six telegraph cables across the Atlantic. (Image courtesy of Siemens AG, www.siemens.com)