(2) In programming, a bit or byte used to keep track of some event. The term is sometimes synonymous with the branch command.

(3) In programming, a statement that saves the programmer from having to write multiple compare statements. See event loop.

(4) A modifier of a command. For example, in the Windows/DOS command dir /p the /p is a switch that modifies the Dir command to pause after each screenful. See Dir.

(5) A mechanism that allows each key to be depressed on a keyboard. See mechanical keyboard.

(6) A mechanical or electronic device that directs the flow of electrical or optical signals from one side to the other. Switches with more than two ports, such as a LAN switch or PBX, are able to route traffic.

The semiconductor transistor performs the same function as a light switch on the wall. The switch is electronically closed by sending a pulse to the trigger. See transistor. 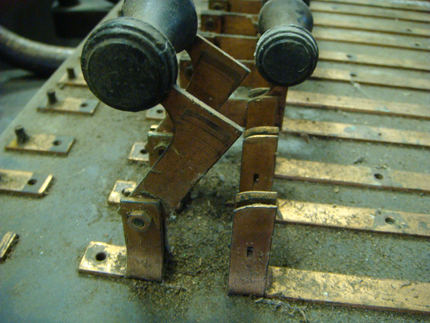