(1) A pen-shaped instrument that absorbs current and is used with the capacitive touchscreens on smartphones and tablets. The correct plural word for stylus is "styli", pronounced "sty-lie;" however, most people say "styluses." See Surface Pen, Apple Pencil, stylus pen and touchscreen.

(2) A pen-shaped instrument that is used to "draw" images or select from menus on resistive touchscreens that react to pressure. See touchscreen. 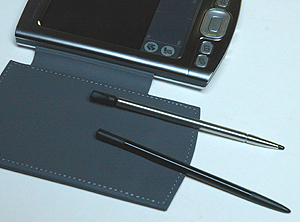 A stylus was used on old Palm PDAs, which required pressure on the screen to operate. It was included with every Palm organizer (see PalmPilot).


(3) The needle part of a phonograph cartridge, which typically contains a diamond tip. The stylus rides in the grooves of the phonograph record, picking up the vibrations carved into the vinyl, and is attached to a cantilever arm with a magnet or coils at the other end (see phono cartridge). A wide variety of cartridge styles have been used over the years, and there are a huge number of replacement styli available on the market. For more information, visit Jerry Raskin's Needle Doctor at www.needledoctor.com. 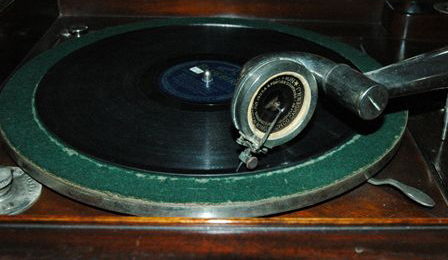 The steel needles at the top were used in old Victrola 78 record players like the unit underneath. They were later replaced with sapphire tips to last longer. The "needle" name obviously came from the long shape of the first styli. (Top image courtesy of Jerry Raskin's Needle Doctor, www.needledoctor.com) 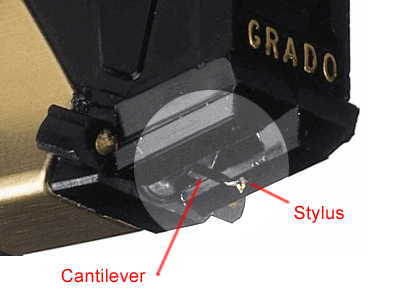 The stylus on this Grado magnetic phono cartridge is diamond tipped. Vibrating in the vinyl record's groove, the stylus transfers the oscillations to the cantilever and magnets. (Image courtesy of Grado Laboratories, www.gradolabs.com)