Transmitting video on demand from the Internet. Video streaming refers to video sharing sites such as YouTube and Vimeo, streaming services such as Netflix and Hulu and the millions of videos available on websites. Video frames are streamed to a Web browser in the computer or mobile device, to a smart TV or to a media hub plugged into one of the TV's HDMI ports. Cable TV companies may include Netflix, Hulu, etc. as third-party apps alongside their regular cable channels. See digital media hub, smart TV, Apple TV and Roku.

Streaming Can Be Local
Transmitting video from a computer to a TV over the home network is also video streaming. The Internet and local networks use the same protocols. See IP and Chromecast and AirPlay. 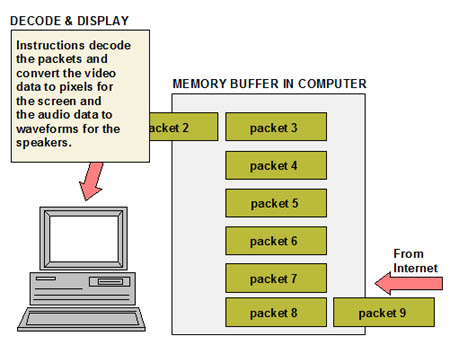 Internet transmission can be erratic, and momentary blips in the video are annoying. As a result, the user's device stores a few seconds of video in a memory (RAM) buffer before it starts playing. Throughout the session, it continues to buffer the video frames ahead of time. See buffer. 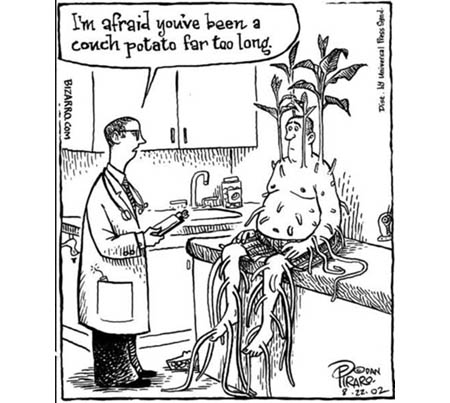 There is no doubt that 2020 made couch potatoes out of countless people. Thankfully, Netflix, Prime Video, Hulu and other video streaming services have provided a wealth of entertainment for home viewing. (Image courtesy of Dan Piraro.)