Non mechanical. Solid state refers to electronic circuits composed of transistors, resistors, capacitors and other components, which may be discrete, single devices, or millions of them can be created in a single chip. For example, microprocessors and memories are all solid state. In a solid state device, there is no mechanical action, although an unbelievable amount of electromagnetic action takes place within.

A computer has solid state and non-solid state parts. The solid state components are the motherboard, chips, screen, camera and optical mouse, while the hard drive, CD/DVD drive, fans, keyboard, microphone and speakers have mechanical components.

Faster and More Reliable Storage
For data storage, solid state devices are faster and more reliable than mechanical drives that spin disk platters, but they are more expensive. Although the cost of solid state disks is dropping all the time, the cost/performance ratio of magnetic disks continues to improve as well. See SSD and solid state battery.

The three transistors in this solid state module (top removed) used in IBM's System/360 computers were advanced technology in the mid-1960s. (Image courtesy of IBM.)

Predicting the demise of the hard disk, this message was cut out of a mouse pad from the 1990s that was a bit ahead of its time. However, solid state drives (SSDs) are increasingly replacing spinning platters. See SSD. 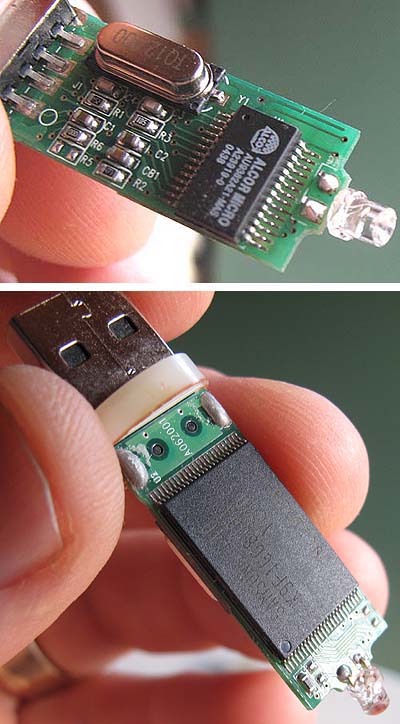