(1) The continuous display of selected images on the computer, either sequentially or at random. Slide shows are created by the operating system and run after a designated period of no user activity. They are also a function within a photo editor or digital photo frame, and the length of time each image stays on screen is configurable. Some programs allow the slide show to be burned onto a CD or DVD or copied onto a flash drive with a self-contained viewer that runs on any computer. See photo editor.

(2) A presentation of text and images displayed on screen, often to a large audience. The "slide" in slide show dates back to the days of 35mm film transparencies and projectors. Today, a slide show, or "slide deck," refers to a presentation program such as Microsoft PowerPoint. See presentation graphics, PowerPoint and slide transition. 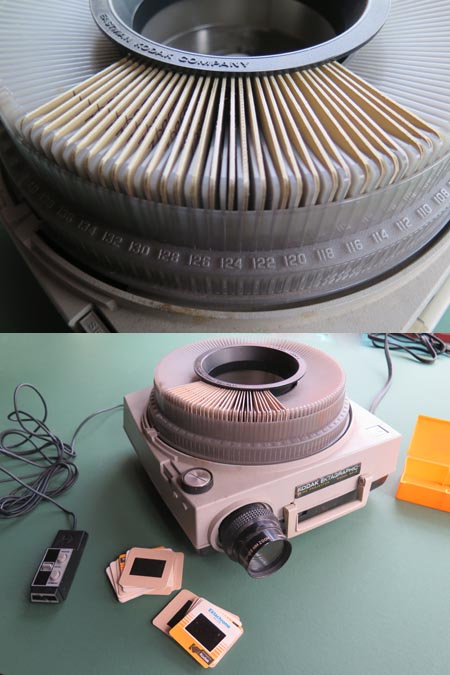 Beginning in the 1950s, 35mm film transparencies (slides) were projected onto a movie screen or white wall. Inserted into a carousel tray, each slide dropped into the light path and was ejected back into the tray as it was rotated, either manually or on a timer. Kodak was a major manufacturer of projectors as in this example.