A rotating number selector on early telephones (and TVs). Introduced in the early 1900s, rotary phones were commonly used from the 1920s until the 1960s, when dial phones were gradually replaced with push button phones (see Touch-Tone). 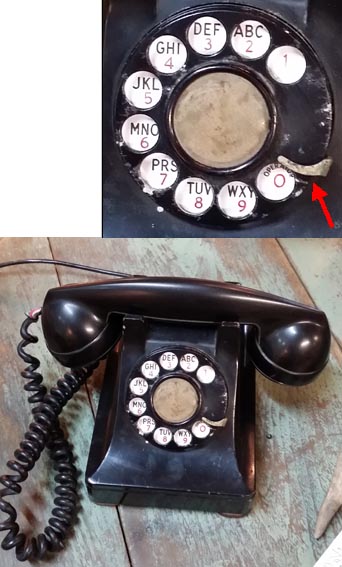 As the caller manually rotated the spring-loaded dial clockwise, it was halted at the finger stop (red arrow). Letting go, the spring automatically reversed the rotation sending a stream of pulses to the telephone company central office (CO). The larger the digit, the more pulses, with 0 generating 10 pulses.