To reload the operating system and start over. A reboot often solves many software problems in computers, smartphones, tablets, cable boxes and many other electronics devices, because it restarts the software. People have even had to reboot a ceiling fan by unplugging and plugging it back into its AC source in order for the wireless remote to work again.

Why So Much Rebooting?
One reason software malfunctions is because a program's internal counters in memory (RAM) become corrupted due to erroneous logic and conflicts. Reloading the OS and application (rebooting) resets all internal tracking mechanisms back to zero.

Restart vs. Shut Down/Start
If a Restart option in an electronic device is selected from a menu, the current applications are closed, and the operating system is reloaded. This "warm boot" does not clear memory. When Shut Down is chosen, the unit is powered off and has to be turned back on, and it is often recommended to wait 10 to 20 seconds between off and back on. This "cold boot" guarantees that memory is cleared, which is often more effective for solving problems than restarting.

Reboot Anything
Since its widespread use starting in the 1980s, the term has evolved to mean "start anew" for just about anything such as the economy, a TV series, a car design, etc. See cold boot, clean boot and boot.

Increasingly, everything we deal with has to be rebooted. In 2021, our 20-year-old oven stopped working for the first time with an error message about a failing temperature sensor displayed on the control panel. After turning the power off for several hours and turning it back on, the message went away and the oven worked. 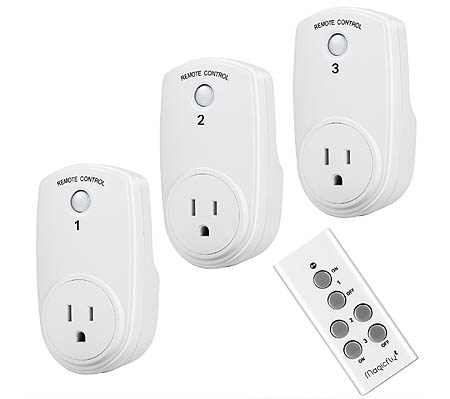 Cable boxes and streaming boxes no longer have an off switch so they can be updated in the middle of the night. When they exhibit erratic behavior, which they often do, a remote control power bar or switch can be used to reboot the unit instead of pulling the power plug from the wall outlet. There are many varieties available such as these Magicfly units from Walmart.