A computer is a general-purpose machine that processes data according to a set of instructions temporarily stored internally. The computer and all the equipment attached to it are "hardware." The instructions that tell the computer what to do are "software."

The interplay between temporary memory (the RAM) and permanent storage is how computers work. The instructions (software) are first written into RAM, and the computer executes them to input, process and output the data.

RAM is a temporary workspace, while storage is permanent and comprises any hard drive, solid state drive (SSD), optical disc or USB drive on the same computer or another computer in the network. After processing the data internally, the computer can send a copy of the results from RAM back to storage, to a printer or to another computer. The more RAM, the more programs and data the computer can work with quickly, and entry-level computers generally have at least 4GB (four gigabytes) of RAM. The more storage, the more data can be saved. Entry-level computers typically have at least 512GB of disk or 128GB of SSD storage.

Storage can only be read and written in large blocks called "sectors" that hold hundreds or thousands of bytes. However, it is the RAM that allows one or more bytes to be manipulated independently. This "single byte addressability" is why data are brought into RAM for processing. See RAM and storage vs. memory.

For a basic explanation of how the computer processes data, see 3 C's.

Imagine being here watching this UNIVAC CPU being pushed up the ramp and someone says "you know some day all of that will fit on the head of a pin." See UNIVAC I. 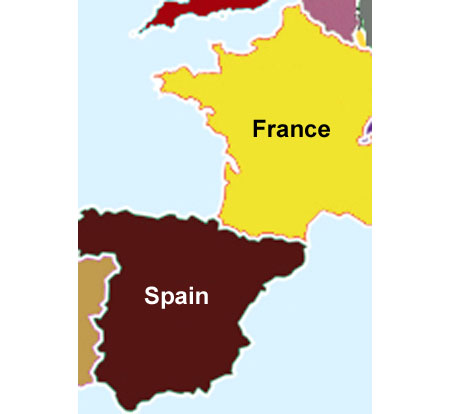 In Spain and France, a computer is an "organizer." The word is surely less intimidating than "computer," and in fact, computers do as much if not more organizing and rearranging than they do deriving mathematical results.