A lightweight computer that can be easily transported. Portable computing started in 1981, when Adam Osborne introduced his CP/M-based business computer called the Osborne 1. It came bundled with a modified version of the WordStar word processor specialized for the machine's pint-sized screen. With two floppy disks for storage, its RAM memory was a whopping 64KB.

The Osborne 1 was soon followed by many other CP/M machines, including Kaypro, Hyperion and Otrona. One year later, Compaq introduced the first MS-DOS portable. See CPM, Osborne 1, laptop and notebook.

For $1795, all 30 pounds of the Osborne 1 came bundled with WordStar and other software. Ironic that the tiny screen would wind up being the norm on smartphones, although the Osborne's screen resolution is laughable by today's standards. (Equipment courtesy of Alfred J. Young, Danboro, PA.) 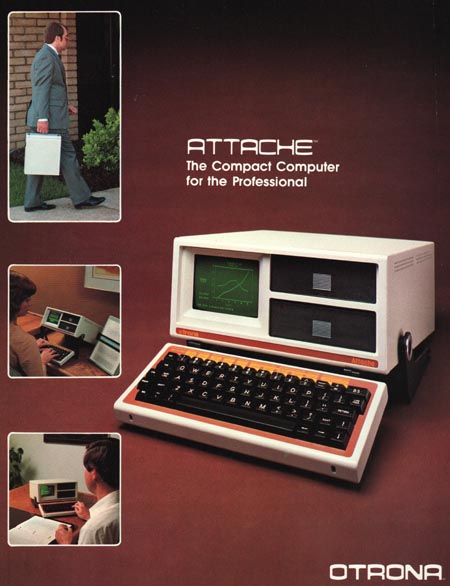